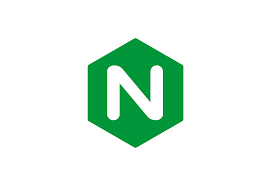 When testing changes to your Nginx configuration for your staging or production (or any other remote) environments, one can encounter problems:

One way around this is to test your Nginx configuration changes locally (like you would with regular application code).

In this post we will show how to do this.

To run Nginx in a Docker container and serve requests on port 8000 on your machine,

(if you are on macOS, you might have to start the Docker daemon first by clicking on an icon)

This command also SSHs you into the container.

In the container shell, check Nginx is installed

and that it is running

As it is not running, start it

Make a request to http://localhost:8000 in the browser. You should see the "Welcome to nginx!" page.

you should get back the HTML of the page and the response status code.

You should also see the relevant logs in the container shell

Changing the “Welcome to nginx” page

To make changes to the Nginx configuration, we will need to edit files inside the container shell.

By default, there is no text editor inside the container shell.

We will install Vim, but any text editor will do.

Inside the container shell,

You should see the following configuration or similar

Change index.html so that the title and header reads "Bienvenue a nginx!" instead of "Welcome to nginx!".

When you make a request to http://localhost:8000, you should see the new title and header.

Web cache poisoning is geared towards sending a request that causes a harmful response that then gets saved in the cache and served to other users.

One method of web cache poisoning starts with spoofing the host in the request header.

For example, if your website is written in Django, Django uses the host in the request header when generating its URLs.

http://malicious-hacker.com/my-login then sends a harmful response that gets saved in the cache and served to other users. Web cache poisoning complete!

To mitigate this security risk, Django has an ALLOWED_HOSTS setting.

Django will only make requests to my-site.com. If an attacker sends a request with host malicious-hacker.com, it throws a SuspiciousOperation error and returns a Bad request response with status code 400.

One of the drawbacks of the above is that it usually leads to noisy logging due to bots checking for vulnerabilities in your site.

Assuming your website is served by Nginx, one way around this is to configure Nginx so that any request with a host in the header not equal to my-site.com is given a 4xx error response (ideally, the error code should capture just this issue as otherwise all you have done is transferred your noisy logging problem from Django to Nginx).

Making a spoof request in Python

The response is exactly the same as before, despite having

in our server block in default.conf and the host in the request header being abc.com.

So why did we get a 200 response despite the host in the Nginx configuration not matching the host sent in the request?

This is because if Nginx finds no matching server blocks, it uses the first server block.

To check this, let’s add

to the end of default.conf. To make the changes take effect,

Now, making the same request in Python, we get a response status code of 403 with content

'Your request is forbidden'

However, if we spoof the header with a host different to abc.com, we will get a 200 again.

Actually, all we have to do is add

to the start of default.conf.

Now, whenever the host in the header is not equal to localhost, a 403 is returned.

Although functionally it makes no difference, the convention is to add default_server to the block, i.e. to have

at the start of default.conf.